It is a known problem on the chemins of St Jacques that dogs sometimes get very lost by following pilgrims. This day I was followed by a beautiful dog that I found very hard to lose.... I think you are supposed to throw stones at them to make them go back. I did yell at the dog, but couldn't make myself throw stones. I hope that eventually it was reunited with its owners. 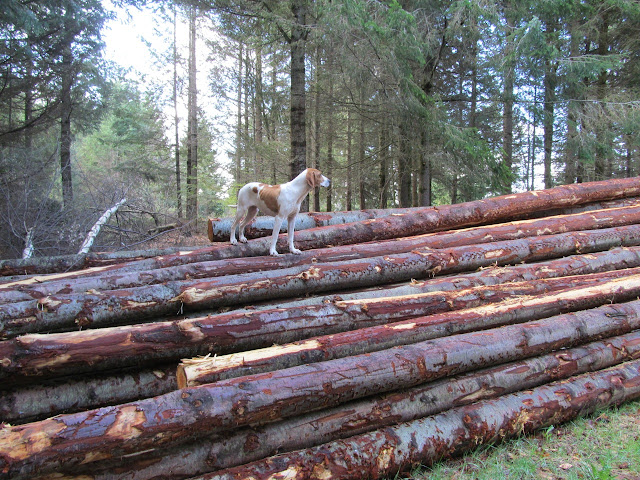 From my blog on May 1st:
"A lost dog story
Yesterday at the gite I saw this lovely dog hanging around and I guess I assumed she belonged to one of the horsewomen staying in the adjoining part of the gite.

But this morning it turned out she was lost. As I began to leave the village she was following me. She followed me up the hill to Montarcher and I thought she'd turn around after that and go back. But no, I had a devoted companion. No amount of pointing and saying Go Home worked. I could tell she was hungry but this was May 1st with shops all shut so I had no spare food for her. And in any case, the longer she walked with me, the further from home she was getting.

She was a beautiful basset hound, clearly well cared for and loved, but she had no collar on. And she was very gentle and well behaved, a real treasure of a dog. For some strange reason she had really cottoned on to me, though I imagine her poor owner was frantic about losing her.

At one stage I met an old man walking on the track who said he'd hold onto her for a while so I could get ahead. But she found me again. I began to think she'd be with me all day!

Eventually in a little hamlet I saw a couple working outside and I approached them. They had their own dog and immediately saw the problem that this dog was getting further and further from home. The dog was reluctant to go into their yard for a while even though I went in too and water was offered. But we got him in there and the lady was going to do some telephoning to find the owner. Poor dog didn't like it when I left though and was howling. Amazing how me and that dog were such friends so quickly!

Sent from my iPod" 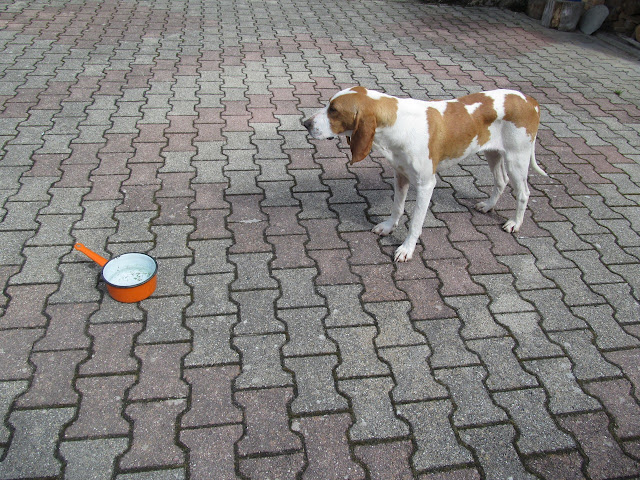